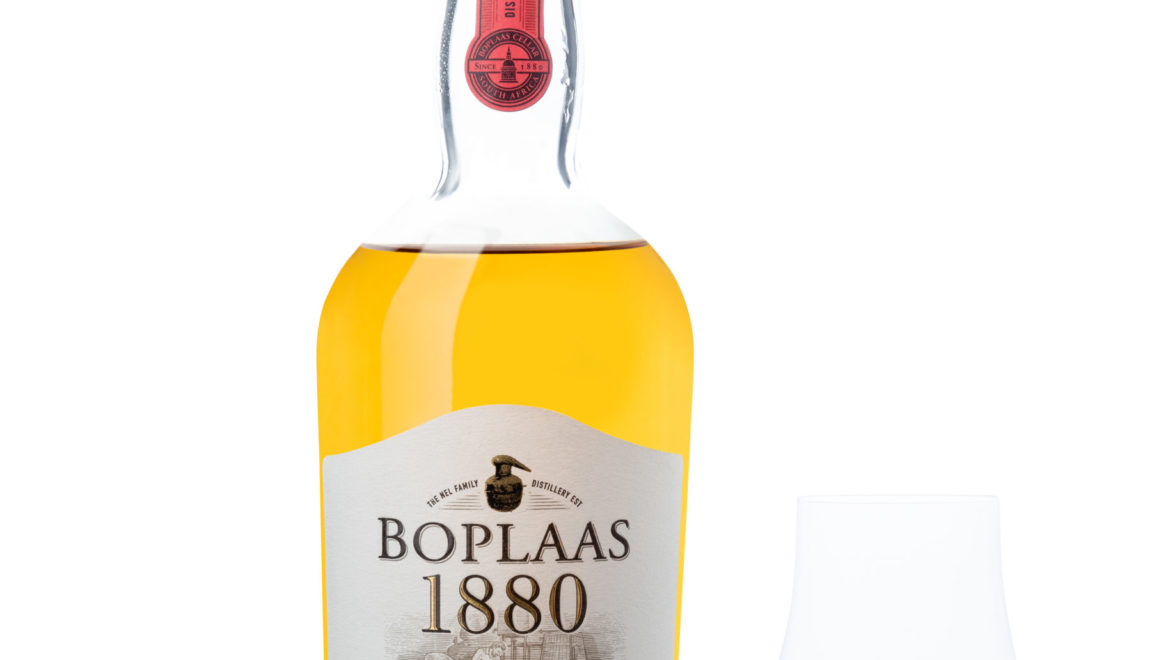 A whisky made in the small country town of Calitzdorp has dazzled the judges at the auspicious 2018 Michelangelo International Wine & Spirits Awards, winning the only Platinum medal awarded in the category for South African whiskies. Made by Boplaas Family Vineyards, the sublime single grain whisky is aged in barrels previously used for maturing tawny port.

The winners were announced this weekend and included two whiskies produced by Boplaas as well as a handful of medals. Gold was awarded to the medium-bodied Boplaas Small Batch Blended Grain Whisky, which is finished in ex-brandy barrels.

Showcasing rich and nutty flavours, Boplaas Cape Tawny Aged Whisky spends five years in ex-Bourbon barrels and is finished with a final year in those once used for maturing tawny port.

On the palate, the whisky is smooth and luxurious with a sweetness that evolves into a mouth-warming sense of buttery toast and dried fruit. Its finish is dry with a gentle lingering note of oak sawdust.

In addition to the whisky achievements,  Boplaas 15 Year Potstill Brandy received a gold medal while Silver medals went to its Cape Pink Gin – the first Port-infused Gin in SA – and the recently launched Boplaas 8 Citrus Gin.

Winning at Michelangelo is regarded as one of the few true pinnacles for competitors. The achievement for Boplaas is momentous in the light of Michelangelo now being the largest competition of its kind in Africa. There were 2 225 entries for the 2018 edition. It also features a judging panel comprising 30 drinks experts from across the globe.

Boplaas’s distilling heritage began with the making of fine potstill brandy and dates to 1880, with the first order of casks sent by ox-wagon and steam train to Cape Town harbour, for delivery to London.  After the repeal of distilling licenses in the early 1920’s, Boplaas’s copper potstill lay dormant for almost 70 years until it was fired up again in 1989. Five years later, the farm released the country’s very first estate-certified brandy: Boplaas 5 Year Old.

Today, brandy production at Boplaas remains truly a craft undertaking with only a few barrels bottled annually. Boplaas Whisky was launched last year and is made from high quality maize.

The local climate has served the farm well where Mediterranean grape varieties are concerned, and it is proving itself just as ideal for the maturation of premium quality spirits. The dry climate of the Klein Karoo may mean higher in-barrel evaporation, or “angel’s share”, but in exchange the spirit gains in flavour and aromatic concentration.

Always ready to push the envelope, Boplaas recently installed a new still and named it The Falcon – a nod to the nimble indigenous bird and fastest animal on the planet, as well as the historic launch of Elon Musk’s Falcon Heavy, the world’s most powerful rocket. Daniel Nel, son of Boplaas cellarmaster and co-owner Carel Nel, joined the family business in November last year to take on the distillation side of the enterprise.

Boplaas fine and rare brandies, whisky and gins are available from the cellar door and selected leading retailers across the country. The range is also available from the Boplaas online shop at www.boplaas.co.za. Deliveries in South Africa are free of charge for orders over R1000.

For enquiries, contact Boplaas on 044-213 3326, boplaas@mweb.co.za, admin@boplaas.co.za or visit Boplaas in Calitzdorp. The town is situated some 350km from Cape Town on the Klein Karoo Wine Route, along the famous R62 between Oudtshoorn and Ladismith.