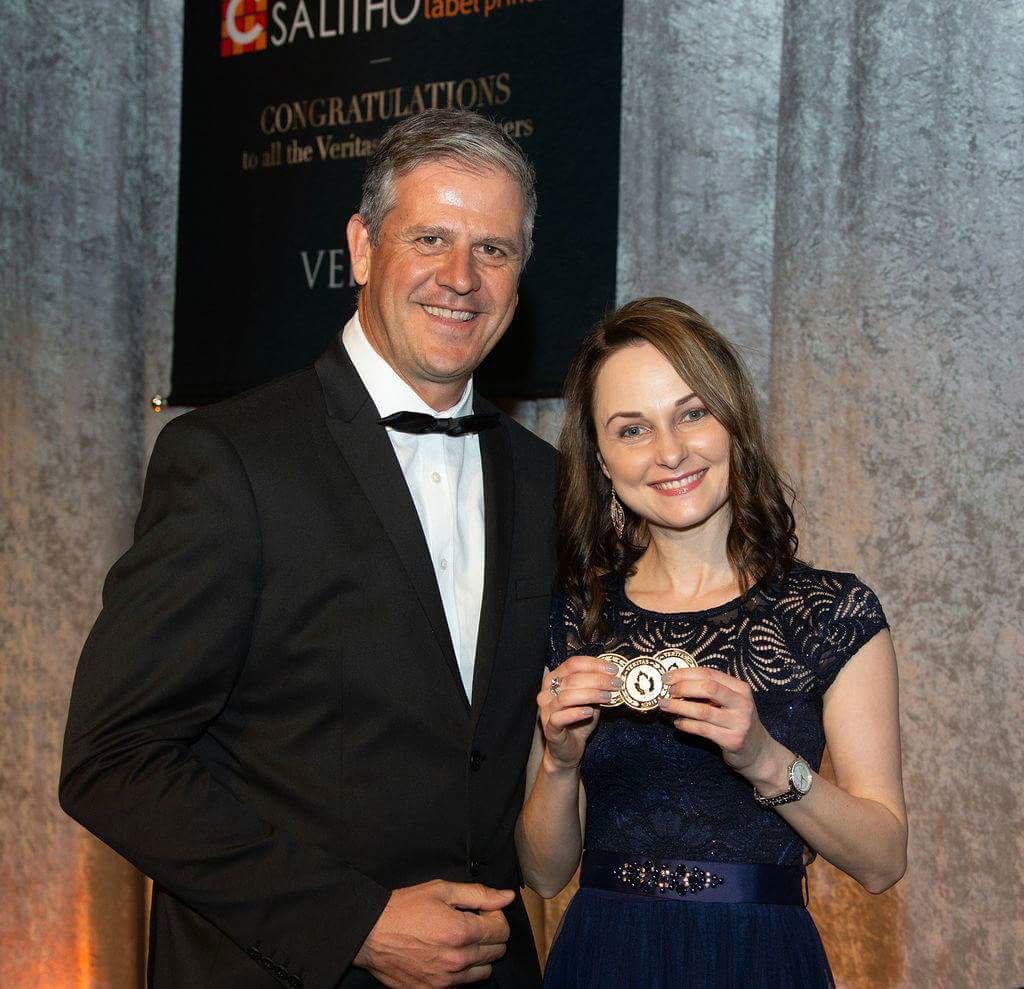 Boplaas Family Vineyards was once again one of the best-performing producers at the annual Veritas Wine Awards, which were announced at a gala function in Cape Town this weekend. The Calitzdorp winery received no less than three Double Golds of a total 50 awarded in the competition, and one Gold among its total of eight medals.

The Boplaas Cape Vintage Reserve Port 2015 was produced by father-and-daughter Carel and Margaux Nel and, according to Carel, renowned Boplaas cellar master, represents the winery’s best in 40 years. It received Double Platinum at the SA Top 100 wine awards in 2017, Gold at Veritas last year and 94 points from UK Master of Wine Tim Atkin.

The Boplaas Cape Tawny Vintners Reserve NV is the pinnacle of Boplaas’s pursuit of fortified wine perfection. It was made from only the finest fruit from low-yielding vines. Once vinified, it was matured in barrel for more than a decade, blended and bottled in limited quantities. The wine is a golden, coppery-red colour that exudes an array of aromatics of bright wood spice, brandy-soaked marmalade and Eucalyptus honey. The palate is luscious, complex and lingering with a hint of acidity and dry edge to the finish.

The Boplaas Heritage White Muscadel 2013 is member of a group of Heritage Muscats made by Boplaas. They are made only in exceptional vintages. Select, low-yielding vineyard sites provide the fruit and vinification is by traditional method. Cellared for decades, the wines mature to perfection and showcase the wonder of fully mature fortified Muscat.

“These wines are testament to winemaking heritage and to the grape which started it all,” says Carel.

Here too, the fruit was hand-harvested and crushed. Three days of skin contact was allowed in a lagar with periodic punch-downs to extract optimal fruit expression. A brief natural ferment was halted by fortification on the skins and the wine matured sur lie prior to bottling.