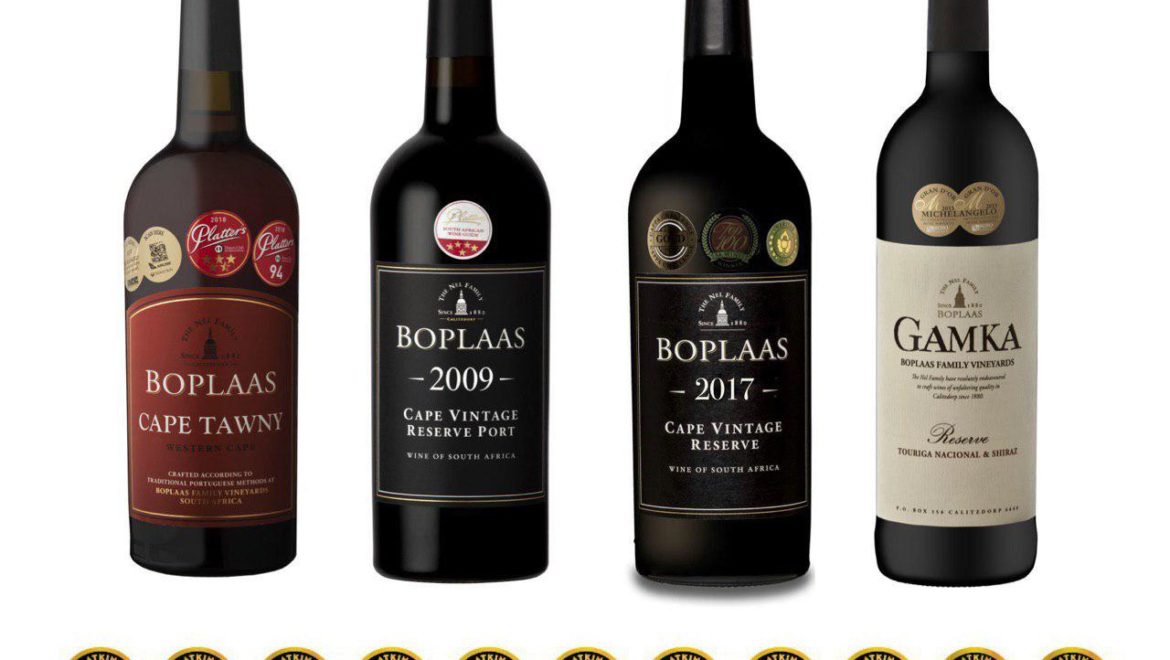 Wines from Boplaas Family Vineyards have again received top ratings by acclaimed UK Master of Wine Tim Atkin, including four achieving more than 90/100 in his latest special annual report on South African wine. The champion wine and port producer’s highest scorer was the Cape Vintage Reserve 2017, one of only 160 wines to receive 95 points or more.

Atkin’s 2019 South Africa Special Report is in its 8th edition and is highly regarded for the span of wines reviewed. Atkin is also an influential commentator in a market that is one of the biggest for South African producers.

The wines are crafted from Portuguese varieties Tinta Barocca, Touriga Nacional, Souzao and Touriga Franca, using only the finest fruit of the vintage, vinified according to traditional techniques and intended for decades of enjoyment.

Demonstrating its excellence over time, one example is the Boplaas Cape Vintage Reserve 2009, which won Veritas Double Gold in 2009 and five-star rating in the 2012 edition of the highly regarded Platter’s South African Wine Guide.

Boplaas Cape Tawny NV
The winemaker selects the finest Tinta Barocca and Touriga Nacional from specific low-yielding vineyards to craft an inky black wine that is then barrel-matured for a decade or more. The fruit is hand harvested at optimum ripeness; fermented and fortified in small lagars; barrel-matured in large seasoned oak barrels for a minimum of eight years; and, blended to achieve the distinctive colour and flavour profile of a fine Boplaas Cape Tawny.

Boplaas Gamka Red 2017
The Gamka was named after the local river which the Khoisan compared to a roaring lion when in flood.  It has brought life to the arid Klein Karoo for centuries and has been a lifeline to the Nel family of Boplaas since they settled here in the mid-1800s. The wine itself is a blend of Touriga Nacional, Tinta Barocca, Souzao and Shiraz.

Boplaas Touriga Nacional Family Reserve 2016
The wine hails from a variety regarded by many in Portugal as that country’s premier grape cultivar and is a mainstay of many fine ports too. The hardy, yet shy-bearing vine allows for the crafting of exceptional, aromatically expressive and age-worthy wines and is a passion at Boplaas.