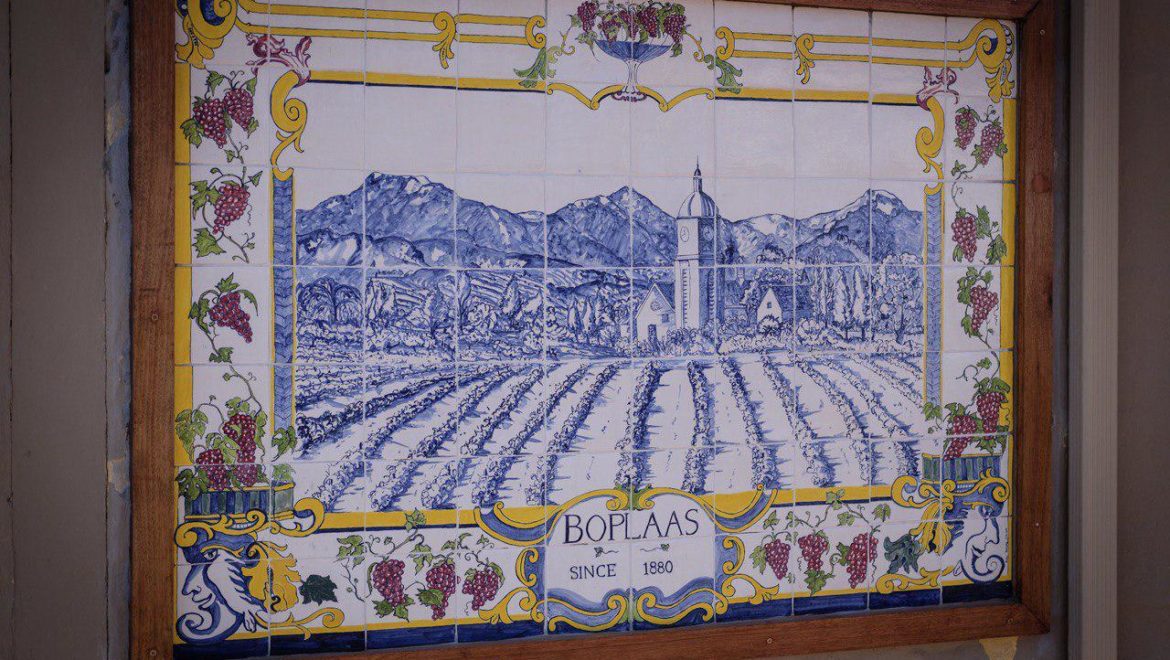 A tradition from the world’s home of Port has come to the Klein Karoo town of Calitzdorp. South African port-making champion Boplaas has installed a series of custom ceramic tiles that are synonymous with Portuguese tradition.

Called azulejos, the tiles are historic ornaments on buildings in Portugal and Spain but have roots that go back as far as the 13th century when the Moors dominated that territory. The colours most prevalent are blue and white, which were fashionable particularly during the Age of Discoveries of the 15th-18th centuries. Azulejos are typically a method of depicting stories of the time.

As a result, it commissioned a local artist to paint panels of glazed tiles and depict scenes of the Calitzdorp region in blue and white. These home-grown azulejos are to be displayed at the Boplaas tasting room.

Today, Portuguese variety grapes can be found across the region. The suitability of the area for these varieties however, was realised quite  by chance and a fortunate accident or two.

Vines were sourced and planted. Only later was it discovered – in part, by Carel his son who is now Boplaas owner and cellarmaster – that something was amiss. Carel was still studying oenology at the University of Stellenbosch back then when it was revealed his father’s vines were indeed Tinta Barocca and not the intended Shiraz. A trip to Portugal followed and soon the Nels had befriended many of the Duoro River Valley’s top port producers.