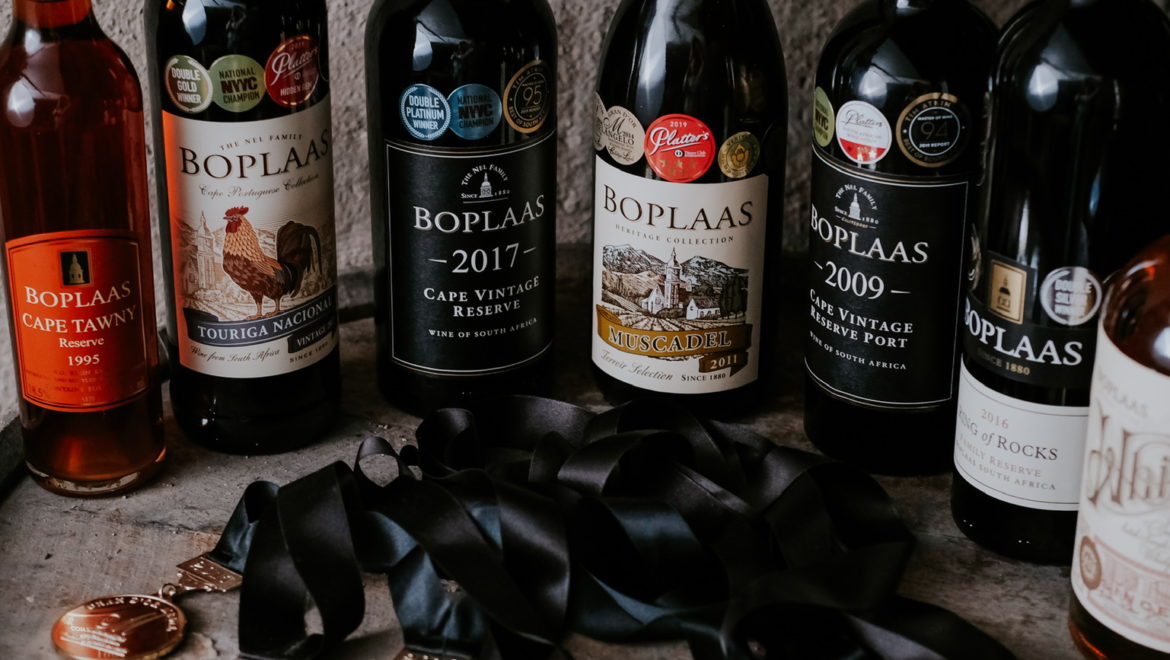 Champion port wine producer Boplaas has shone the spotlight on South African quality ahead of the festive season, urging locals to buy South African. “Port is popular both for gifts and as a beverage traditionally consumed at this time of year,” says Boplaas owner and specialist port-maker Carel Nel. “The best versions are often made right here.”

His comments are informed by a lifelong association with some of Portugal’s most esteemed port-makers. “International ports regularly find favour with local buyers even though South Africa often is far better quality,” he says.

An accomplished winemaker and member of the Cape Winemaker’s Guild, Carel is widely respected as an industry leader when it comes to port. While his 1991 Cape Wine Master thesis compared SA port to the Portuguese equivalent with ways of driving quality in the former, Boplaas port itself has garnered multiple accolades over the years.

In a recent private tasting, Carel pitted the Boplaas Cape Vintage Reserve 2016 against the Vintage Port of the same year by Portugal-based Sandeman, one of the world’s oldest and biggest brands. The Sandeman was made from Touriga Nacional, Touriga Franca, Touriga Roriz, Tinta Cão and Souzão while the Boplaas was crafted at its Calitzdorp winery from Touriga Nacional, Tinta Barocca, Souzão and Touriga Franca.

“The Sandeman is a consistent champion, but in this case, flavour integration was certainly finer in our version,” says Carel. “Both will continue to develop with age – for even more than 30 years.”

Independent panels of experts are likely to agree. The same have awarded Boplaas port with amongst others, 95 points from UK-based Master of Wine Tim Atkin; five stars from Platter’s South African wine guide; Double Gold at Veritas; multiple medals at Old Mutual Trophy Wine Show; and, the title as country best at the Michelangelo International Wine & Spirits Competition.

In terms of value, South Africans are in the best possible position. “The Sandeman will set you back around R1 500 while the Boplaas is listed at just R350/bottle,” Carel says.

Boplaas port is made from traditional port cultivars, farmed in the ideal climate of the Little Karoo. It is vinified in the traditional open-top lagars with manual punch downs and fortified with unaged brandy spirits.  After two years in old Portuguese oak barrels it is bottled unfined and unfiltered.