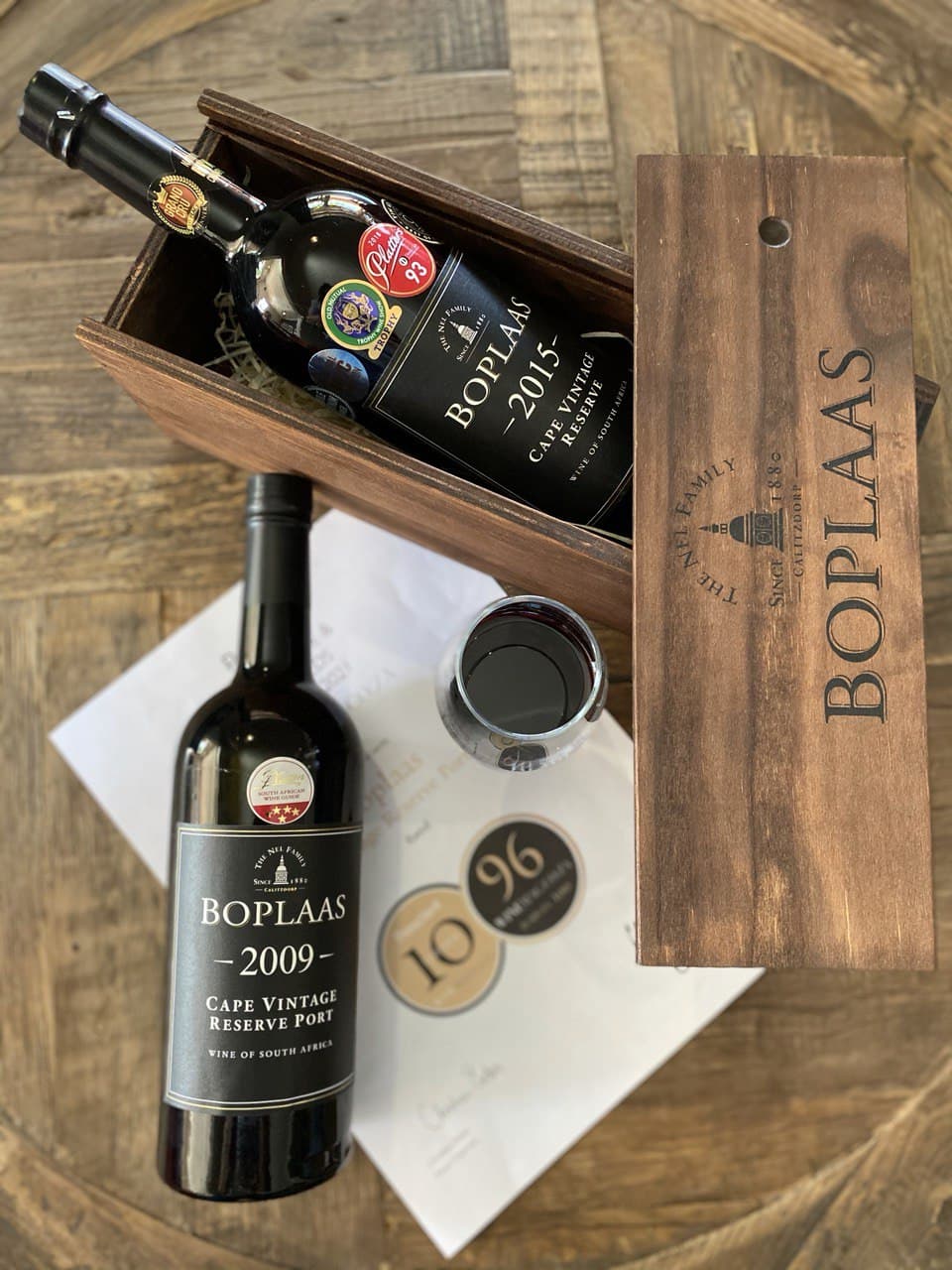 Boplaas Family Vineyards emerged as the most successful performer in an annual tasting of selected South African ports with one of its wines also taking the title of best overall. Shining a light on the victorious Boplaas Cape Vintage Reserve Port 2009, the Prescient Sweet Wine & Fortified Report 2021 said the wine had been the highest scorer in its assessment of 10-year-old wines in 2019 “and it only seems to be getting better”.

The results from this highly regarded panel at WineMag.co.za were released just days ago, with the ’09 scoring 96/100. Making this achievement even more significant was the comment by the judges that the general standard of quality among entries was “extremely high indeed”.

For Boplaas, the competition results are yet another reflection of how well its ports develop with age.

Both the ‘09 and ‘15 were crafted from old Portuguese varieties – Touriga Nacional, Tinta Barocca, Touriga Franca and Souzao.  The fruit was hand-harvested at optimal ripeness.  Fermentation took place in traditional lagars with intense manual pigeage to extract optimal flavour, colour and tannins.  It was the fortified and matured for two years in old, large format French oak barrels before being bottled, un-fined and unfiltered.

Portuguese grape varieties thrive in the Calitzdorp region where Boplaas has its home, because they are hardier and well-adapted to warmer climates. It is anticipated that they will play a bigger role as global warming intensifies.

It was during the 1970s that Boplaas patriarch Oupa Danie Nel returned from a Swartland visit with the usual mementos, which included a few bottles of Shiraz. Friends and neighbours made short work of the wine, so the decision was taken that this was a variety to plant.

Boplaas’s wines are for sale at leading retailers and restaurants countrywide, as well as its online shop at www.boplaas.co.za. While the 2015 is sold out, the ’09 is still available at R750/bottle.