HomeUncategorizedBoplaas named Port of the Year and best SA Touriga 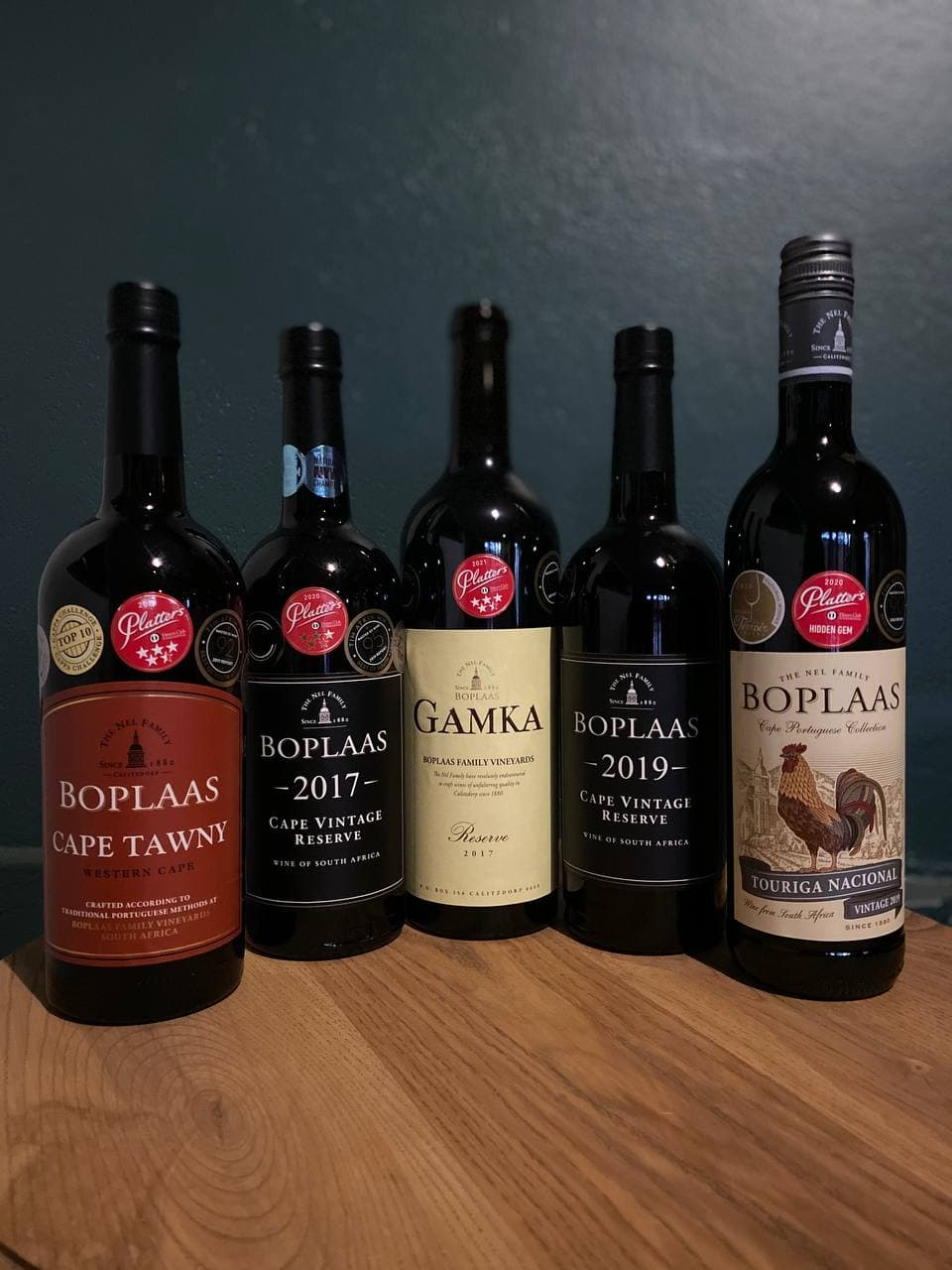 Boplaas has triumphed once again with the family-owned winery in the Klein Karoo being showered with accolades by the National Wine Challenge/Top 100 SA Wines. Taking the crowning spot was the Boplaas Cape Vintage Reserve Port 2017, named Best in South Africa and Best South African Sweet Wine.

The achievement is just one of several that the celebrated Calitzdorp winery received at the competition, which is now in its 11th year.

Joining the Boplaas port in the spotlight was the farm’s Touriga Nacional 2019, awarded the title of Best South African Touriga Nacional. While Touriga Nacional is regarded as the royal of Portuguese grapes, this 2019 vintage from Boplaas was also rated Best Value Red Wine in SA by Tim Atkin MW.

More awards at the NWC were in store however for Boplaas port. The winery prides itself on making these according to traditional Portuguese methods and only Portuguese cultivars are used – and the consistency of awards has borne out this strategy.  In addition to the award at the NWC/Top 100, the Cape Vintage Reserve Port 2017 was also recently rated Best SA Port by the authoritative Platter’s South African wine guide. The accolade accompanied its five-star rating.

Also at the NWC/Top 100 this year, the Boplaas Cape Tawny port was singled out as one of the country’s Top 100. This wine was aged in old barrels and compiled by selecting and blending wines eight years and older. It is made from Touriga Nacional and Tinta Barocca fruit. After years of maturation, the colour changes from black to brick brown tawny and the port has developed a deliciously nutty, fruitcake flavour.

The NWC/Top 100 panel awarded Double Gold to the Boplaas Cape Vintage Reserve Port 2019, a beautiful blend of Tinta Barocca, Touriga Nacional, Sezão and Touriga Franca. The wine has not yet been released for sale.

Double Gold was also awarded to the 2017 vintage Boplaas flagship red wine, Gamka. The wine was made from Touriga Nacional, Tinta Barocca, Sezão and Shiraz. It is a rich, full-bodied wine and pairs well with red meat and pasta dishes.

For more information and sales, visit the Boplaas online shop at www.boplaas.co.za. Boplaas ships across South Africa – free of charge for purchases of over R1 500.